“Make Way for OZ and Bakes”

oxb on the cover of Star Central Magazine 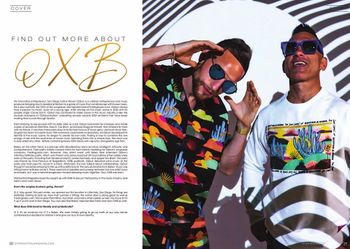 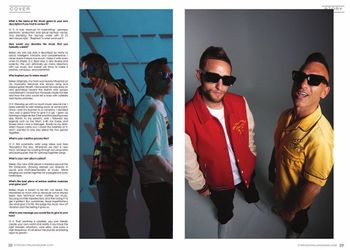 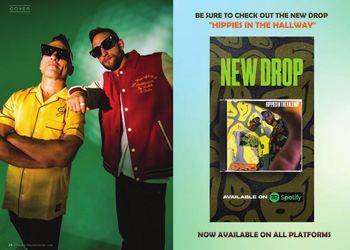 An innovative entrepreneur, San Diego native Steven Ozbun is a veteran entrepreneur and music producer bringing much-needed attention to a genre of music that combines rap with house music. He is also currently the CEO of the sunglasses and apparel brand TradingLooks.com. Ozbun always had a passion for music, even at a young age. After arriving on the music scene in 2020 with his double single ‘Come Get It,’ Ozbun has continued to make waves in the music industry under the musical nickname of “OzMusicNation” unleashing several massive EDM anthems that have been making their rounds through Spotify.

From listening to rap records with his older sister as a kid, Ozbun borrowed her mixtapes and made copies of records by Slick Rick, Eazy-E, Too $hort, and Snoop Dogg for himself, then listened to them with his friends. It was from these early days in his life that his love of music grew, and ever since then, his goal has been to create music that everyone could relate to and enjoy. As Ozbun developed his identity in the music scene, he began to create his own style, finding a way to combine the raw energy of rap with the soulfulness of house music, blending them into a unique style. The result was a style unlike any other, skillfully combining heavy EDM beats with rap lyrics and golden age flow.

Bakes, on the other hand, is a solo rap artist described by many as lyrical, intelligent, intricate, and comprehensive. Their paths initially crossed when he had started modeling for Ozbun’s sunglasses company, TradingLooks.com. However, they didn’t meet until Bakes later attended Ozbun’s infamous birthday party, which was thrown and announced just 24 hours before other celebs were seen at the party, including Tom Sandoval and DJ James Kennedy, and rapper Too $hort. The party was thrown by Irma Penuruni of BurgerRock, OXBs publicists. Ozbun debuted some music at the party and had used his vocals in a track. Afterward, the two talked about collaborating. Ozbun thought it would be amazing to link up with a skillful lyricist; the actual storyline from Bakes’ music was hitting home as Bakes wrote it. There were lots of parallels and synergy between the two artist’s lyrics and beats, so it was a natural progression toward releasing music together. Thus, OXB was born.

StarCentral Magazine recently caught up with OXB to discuss their journey in the music industry, and here’s what went down:

“Displaying Elite Creativity and Peak Improvisation Is the Matchless Duo of O Z and BAKES With the Anthemic Banger, “Effortless””